Michael started his career and began to build his brand by coming directly into this area of the music business. He wanted to lead a band that played private parties. There were no other aspirations of "stardom" that went unrequited. He started with a small band playing small parties at smaller venues. He didn't work for another band leader who attempted to sell other groups with leaders who were "sidemen" that never had the responsibility and the knowledge of what to do at a party and when to do it! 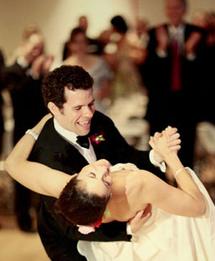 A holiday party, a client event, whatever the occasion, our services are an asset to any corporate affair. We understand that you work hard, and after weeks or months of planning, you expect the evening to be carefree and enjoyable for all. Our tailored musical selections will provide an aura of exuberance as you share conversation and dance the evening away. Our extensive list of past events and clients stem from a variety of corporate areas, and have been told more than once that we were raved about come Monday morning! A sample list can viewed in the "client list" tab above. 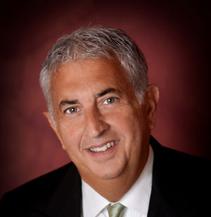 After being a principal partner in another company, Michael went on his own in July 1991 to begin Michael Lerich Productions Inc. Throughout the 90's and into the new millennium he had the privilege of being the Music and Entertainment Director for the Drake Hotel. He was the only Bandleader in the Midwest to have been invited to have their office in a major hotel, and be its only referral source.

When you book Michael Lerich and His Orchestra, you are booking the talent and direction of Michael Lerich. Michael Lerich  and his Orchestra have performed at weddings of Chicago personalities like Roger Ebert, Allison Rosati, and Garry Meier. He even had the privilege of playing at President Clinton's first Inauguration! Additionally, he has performed at numerous major Galas here in the Chicago area and has been invited back several times over the years. Please see the Client list page for a partial list of our clients. 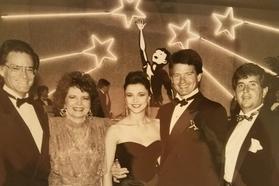 On your wedding day, it seems all is fleeting. Let us elongate the memories by flawlessly executing the musical genres that best suit your affair. The pieces we perform are blended from client consultations, the requests we have found to be timeless over the years, and the ones that keep people dancing and at ease. From Sinatra to today’s top hits, my orchestra knows no limits. A most important, generally unspoken, element that keeps us highly ranked in popularity is my ability to know when and how to seamlessly call the tunes we play. There is never a break between songs, with tempos and styles building to keep the evening flowing. Please feel free to browse wedding client testimonials in the tab above, as it will reinforce our capabilities.

Consistency plays a large part in the measurement of a successful event. On that note, we are extremely proud and humbled by the number of times an organization has invited us back to play their social event including:

Evening at Astor Party-25 years in a row